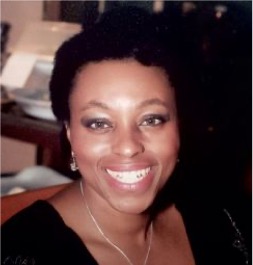 Sandra is the CEO of RSI and has over 20-years experience in the pharmaceutical, medical device, and cosmetic industries. Sandra began her career working at Novartis and GlaxoSmithKline and then moved into consulting where she’s supported small, medium and large healthcare companies with regulatory affairs, clinical affairs and quality operations. She has worked with local and global manufacturers, importers, distributors, and regulatory agencies in Canada, the United States and Europe.

Sandra received her B.Sc. in Biochemistry and Chemistry from the University of Western Ontario. She also holds a regulatory affairs certification from the Regulatory Affairs Professional Society, a post degree certification in Pharmaceutical Regulatory Affairs & Quality Operations from Seneca College, a Clinical Research Associate Diploma from the Michener Institute in Toronto and an MBA from Athabasca University. 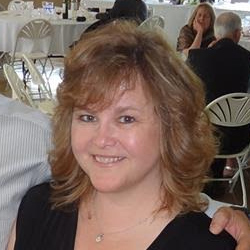 Since 2001, Jane has been the President of Regulatory Solutions where both Jane and her team of associates have provided Regulatory Affairs and Quality Assurance services for a variety of pharmaceutical, natural health products and medical device manufacturers here in Canada, the United States, India, China, and Europe.

Jane holds a Bachelor of Science Honours degree in Microbiology from the University of Toronto. Upon graduation, she worked in the field of quality assurance and developed a specialization in the then emerging field of Hazard Analysis And Critical Control Points (HACCP) principals in the food industry. She also has a certificate in Business Administration from Ryerson Polytechnic University (1989).

In addition, Jane was a long time member with the Canadian Association of Professional Regulatory Affairs (CAPRA) Board of Directors.

Jane has enjoyed volunteering with Big Brothers Big Sisters of Peel since 2005. 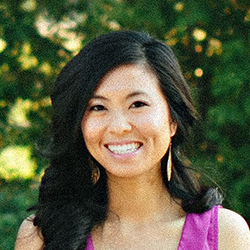 Denise holds a Bachelor of Science Honors degree in Cellular and Molecular Biology from the University of Toronto minoring French. She also has obtained her Regulatory Affairs Graduate Certificate from Humber College. 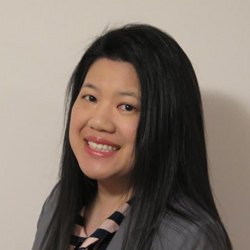 Ms. Wong graduated from the University of Toronto with an Honours Bachelor of Science degree in Biology. In 2011 she completed the Pharmaceutical Regulatory Affairs and Quality Operations program from Seneca College of Applied Arts and Technology with honours. Yan Lim has been a part of Regulatory Solutions Inc. (RSI). since 2010 and is experienced in working with pharmaceutical, natural health products and medical device approvals. Outside of the office she enjoys spending time with family and friends, travelling and exploring diverse cultures and culinary experiences. 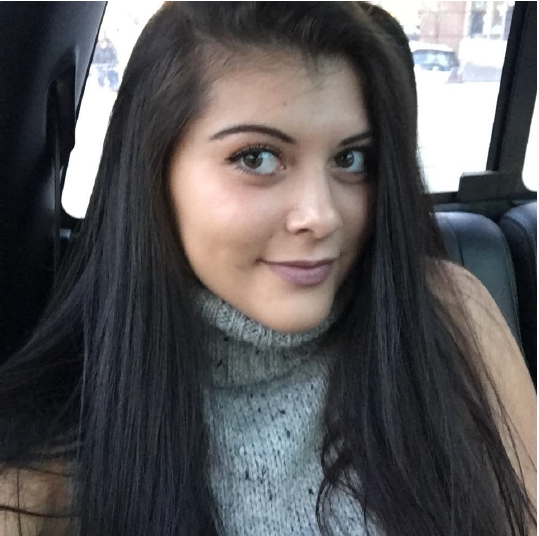 Claudia Marucci graduated from the University of Toronto with an Honours Bachelor of Science degree in Cellular and Molecular Biology. Following her degree, she attended Humber College for the Regulatory Affairs program. Claudia is excited to be working at Regulatory Solutions Inc. as a Regulatory Affairs Associate where she can expand her knowledge and gain experience in the regulatory field. 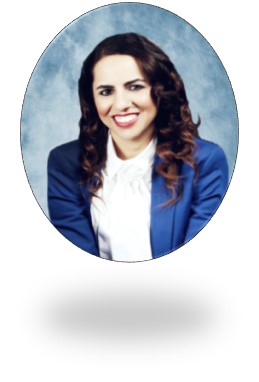 Ravinder graduated from York University with a B.Sc. Degree in Chemistry and completed a post-graduate certification in Pharmaceutical Regulatory Affairs and Quality Operations at Seneca College.

Ravinder began her career at a CRO mainly focused on bioequivalence studies in human subjects, followed by working in consulting as an importer and distributor of drug products. Prior to joining RSI, her role was managing importation of drugs and NHPs, DIN submissions, 3PL Quality System Management, hosting and leading regulatory and client audits.

Outside the office, she enjoys running, spending quality time with the family and being a health fanatic!

Parveen graduated from University of Toronto with an Honours Bachelor of Science degree in Biology. She then completed a Post Graduate Certificate Program in Regulatory Affairs at Humber College.

Parveen started her career working in the Cannabis industry and later transitioned to NHPs and Food and has worked on various Class I, II and III NHP licence applications. Parveen is excited to be working at Regulatory Solutions Inc. where she can continue to add to her experience in Regulatory Affairs.

Outside of work Parveen likes to live an active lifestyle, she is an avid reader and loves to spend time with her family. 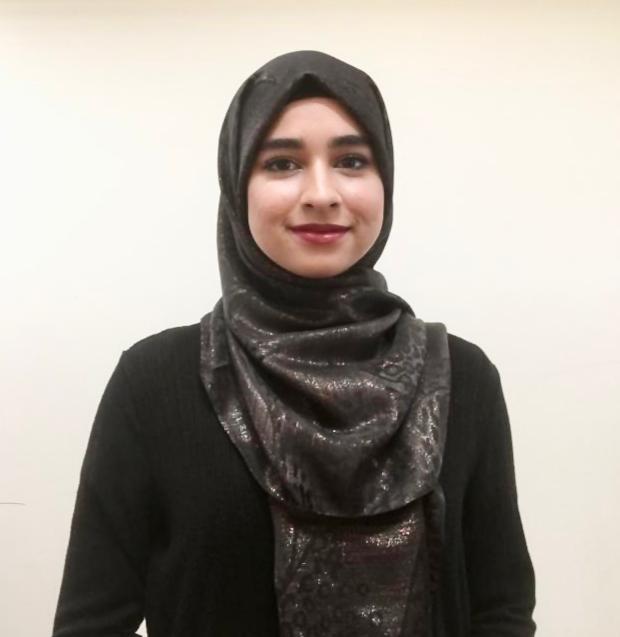 Naema graduated from the University of Toronto with an Honours Bachelor of Science degree where she did a double major in Neuroscience and Human Biology. Following her degree, she completed the Pharmaceutical Regulatory Affairs and Quality Operations program from Seneca College. Naema is thrilled to be working for Regulatory Solutions Inc. as a Regulatory Affairs Associate where she assists and collaborates in the planning and preparation of regulatory submissions to Health Canada (NDSs, ANDSs, SNDSs, SANDSs, DINA, NCs and CTAs) and provincial governments.

Outside of the office, she enjoys spending quality time with her family and friends, playing sports, and trying new cuisines.

Naema has enjoyed volunteering at SickKids Hospital since 2017. 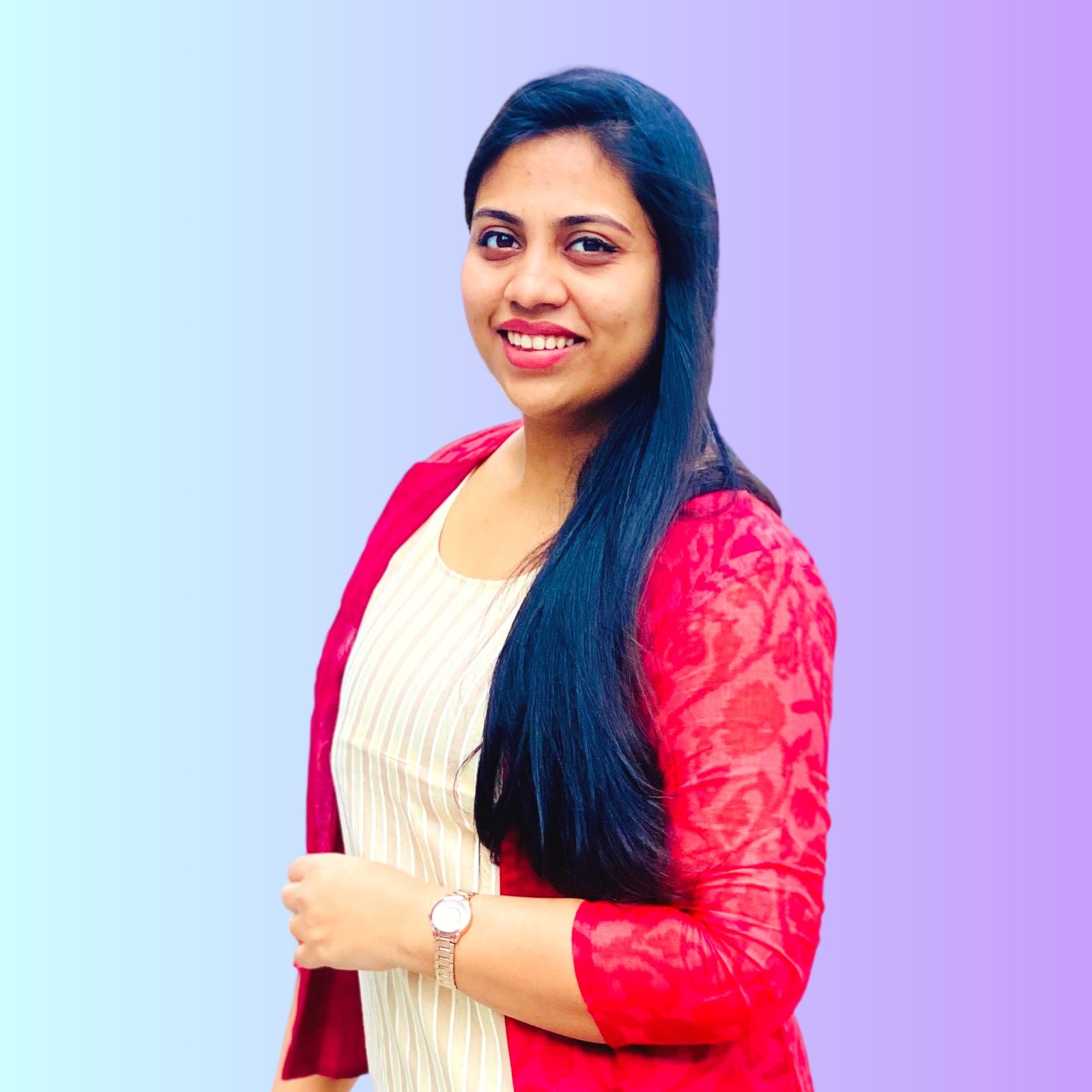 Damini will be joining RSI in the role of Regulatory Affairs Specialist, CMC supporting CMC pre-approval and post-approval submissions activities.

Damini has over 5 years of experience in Regulatory Affairs - API in Glenmark Life Sciences Limited, which gives her comprehensive experience in working with multiple cross-functional teams for timely completion of global projects.

On a personal front, Damini is interested in creative activities, sports and loves spending time with her family and friends.

Damini is excited to transfer her skills and generate dynamic results with Regulatory Solutions Inc. while simultaneously developing her potential.

Yousaf graduated from York University with an Honours Bachelor of Science Degree in Biology. He then completed a post Graduate Certificate Program in Pharmaceutical Regulatory Affairs and Quality Operations at Seneca College.

Outside of the office, he enjoys swimming, hockey, tennis, and spending time with his family. 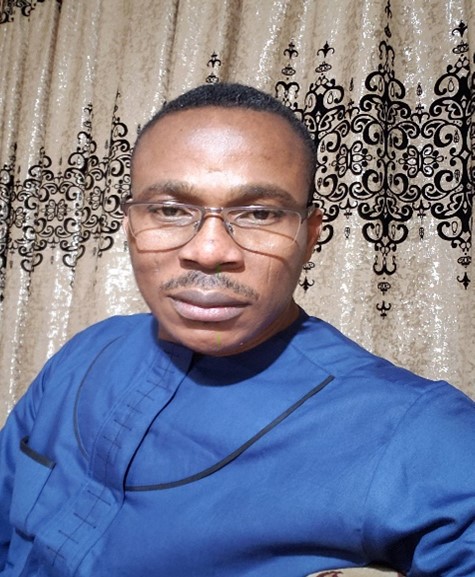 Michael has a Bachelor of Pharmacy (BPharm) degree and a Doctor of Pharmacy (PharmD) degree from the University of Benin in Nigeria. Michael worked as a community pharmacist, hospital pharmacist, and market development executive/manager in Nigeria where he obtained his knowledge and experience in various areas of pharmacy including clinical pharmacy, pathophysiology, pharmacology, pharmacotherapeutics of disease and as well as toxicology.

Ashwini has a done master’s degree in Pharmacy from the University of Pune, India. She has been in the field of Pharmacovigilance for 7 years. Throughout her career, she has worked in different CROs and gained experience in drug safety, ADR case processing, Health Canada reporting, MedDRA coding, and various software used in Pharmacovigilance.

She also holds a Post graduate diploma in Clinical Research and Regulatory Affairs from AAPS, Toronto.

She is excited to be a part of the RSI team.

Elaine has over 18 years of experience in the pharmaceutical industry and is currently a Quality Compliance Manager for RSI. She started her career as a lab analyst at Cobalt Pharmaceuticals as a key member of the stability team and then moved on to her role as a Validation Specialist. In this position she became an expert in process qualification and validation of solid oral dosages and successfully developed and implemented a cleaning validation program. Her career then led her to consult and work on special projects for Actavis Canada where she then transitioned to the role of Quality Assurance Associate with Allergan Canada.

In her current role she manages the quality systems and product disposition for the importation and distribution of pharmaceutical products to the Canadian market.

She holds a Bachelors of Applied Science in Chemical Engineering from The University of Toronto.

Alex is an ASQ Certified Quality Auditor, and an experienced quality professional with expertise in GMP compliance relevant to importation, distribution, and contract-manufacturing. He began his career in the pharmaceutical industry in 2010 and has been a QA consultant since 2016. Alex has over 11 years of experience with Pharma QMS, product releases, as well as consulting experience in auditing and compliance management of a broad range of pharmaceutical and natural health products.

Jason Cheung graduated from Trent University earning a Bachelor of Science Honours degree with a Joint Major in Chemistry and Biology. He started his career in the pharmaceutical industry in 2008, where he worked for a generic pharmaceutical company as a Quality Control sampler and lab analyst performing analytical testing on raw materials and finished product packaging components. Shortly after, Jason joined a brand pharmaceutical company as a Senior Quality Assurance Associate, specializing in quality functions pertaining to product disposition of imported goods for the Canadian market. Jason has over 8 years of experience in managing quality reviews in various product types (DINs, NHPs, Medical Devices, Biologics, Radiology, Pesticides).

Jaclyn Brooks graduated from Wilfrid Laurier University with a BSc degree in Biology and Chemistry. She also completed her Project Management Certificate from University of Toronto. She launched her career in the pharmaceutical industry working as a student intern in the Customer Service department at Bayer Inc. She then transitioned to a role as a Quality Assurance Associate specializing in quality functions related to product disposition of various imported goods for the Canadian market (DINs, NHPs, Medical Devices, Biologics, Radiology, Pesticides). She then transitioned into the consumer packaged goods industry working as a Quality Assurance Specialist at Clorox Canada. She was responsible for all quality activities related to DINs (surface disinfectants and PPD), NHPs, cosmetics, foods and consumer goods released into the Canadian market for sale.  She is very excited to be applying her skills and knowledge of the regulated industries to best serve the clients at Regulatory Solutions Inc.

Olivia has been in the pharmaceutical industry for over 17 years and is an experienced quality assurance professional with expertise in GMP compliance relevant to importation, distribution, and contract-manufacturing. Throughout her career, she`s worked for global-leading brand and generic pharmaceutical companies, specializing in the quality functions of various product types (DINs, NHPs, Medical Devices, Biologics, Cosmetics, and API raw materials).

She holds a Bachelor of Science in Biology from the University of Waterloo and a Pharmaceutical QA/QC post-graduate diploma from the Toronto Institute of Pharmaceutical Technology.

She is excited to be working with the RSI team and their clients.

Heather Repetski graduated from the University of Toronto earning a Master’s degree in Biotechnology and a Bachelor's degree in Molecular Biology and Genetics. She launched her career as a M. Biotech intern at GlaxoSmithKline in the Medical Affairs department and continued on as a Scientific Advisor. She then transitioned to a role as a Regulatory Affairs Associate where she supported various activities for pipeline and marketed products. Heather has also spent time as a Client Account Manager for a third party logistics company whose clients included manufacturers of pharmaceuticals, medical devices and natural health products. Heather has a keen interest in project management and scientific communications. She is happy to be working with the RSI team serving clients.

Claire completed her BSc in medical sciences and French linguistics at Western University. Her passion for languages then led her to study at the University of Guelph where she obtained an MA in French studies. Claire’s prior experience in pharmaceutical communications, and her keen eye for detail, complement her role here at RSI, where she provides accurate French translations and proofreading services to clients across Canada.

Fun fact – Claire is also an Ontario certified French and biology teacher who is pursuing her PhD in education at the University of Toronto. Ultimately, when Claire is not planning exciting lessons for her students, or engaging with clients in their preferred language, Claire can be found doing what she loves best, which is spending quality time with her friends and family.